Behind the Best VFX Oscar Nominations

The VFX goal for the Warner Bros space opera, briefed to overall visual effects supervisor Paul Lambert, was to try to keep everything as grounded and as photoreal as possible.

“We weren’t going to have any virtual cameras which could only be done in CG,” he tells BeforesandAfters . “We wanted to embrace all of the natural environments which we were going to visit.”

This included shooting at Origo Film Studios in Budapest against sand-coloured backdrops without resorting to blue or green screen and devising a method of extracting chroma-keys.

He reveals that an opening sequence to the film, set in space above Arrakis, was shot with LED screens, but that it didn’t make the cut. “[DP Greig Fraser] knew that there was no way we could get that harsh, arid, hot, bright environment with an LED screen,” he says.

Similarly for the interiors of the ornithopters they found the highest hill in Budapest and built a gimbal, around which they constructed a 25ft-high sand-coloured 360-degree ramp.

“We called it the ‘dog collar’, the idea being that when it was a bright, sunny day, the sun would bounce off the dog collar into the ornithopter giving us the ideal lighting. Now, the ornithopter was just like a glass bowl. When we had the actors inside the ornithopter and Greig focused on Paul [Timothée Chalamet] and everything was out of focus in the background, it almost looked as if you were over the desert.” 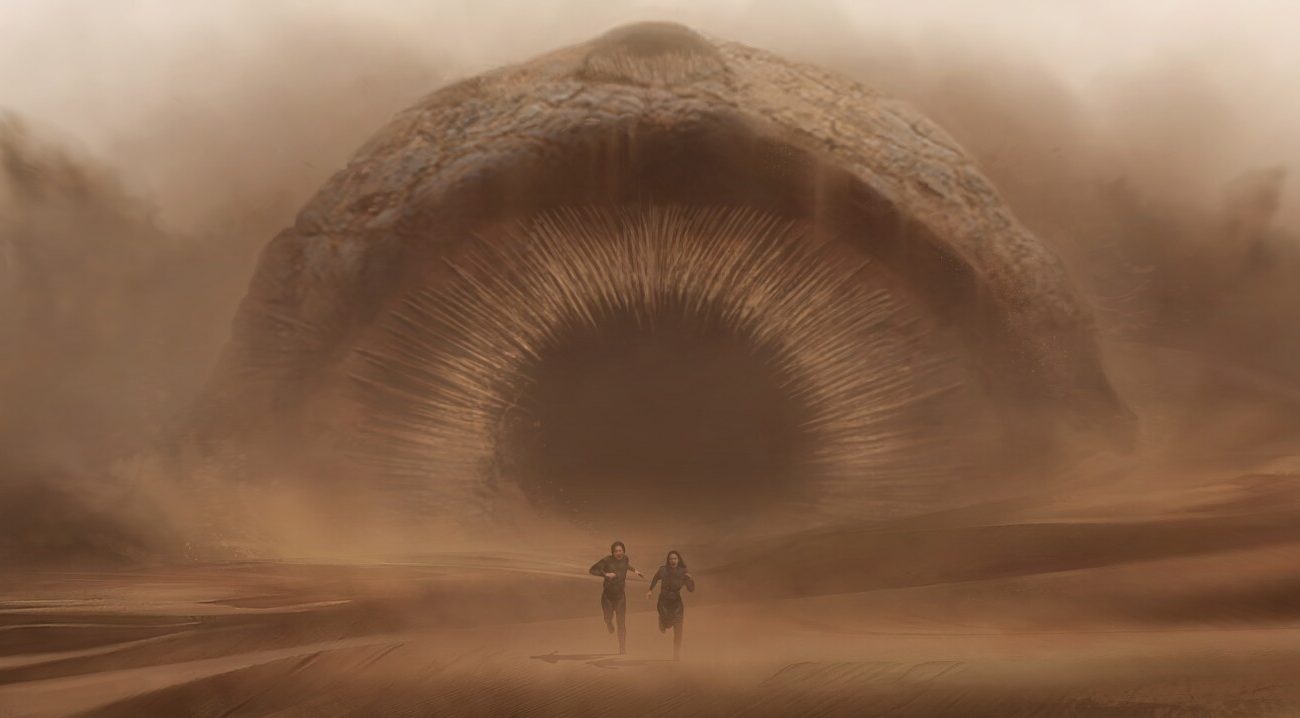 SFX supervisor Gerd Nefzer came up with the idea of using a massive vibrating plate underneath the sand of Abu Dhabi’s desert to simulate the earth-shaking movement of the sandworms.

“What we did in post to help extend this 12×12 plate was we shot extensive photography of the effect so we could then replicate it to make it feel like it covered a much larger area,” he says.

Lambert is employed at lead vendor DNEG, corralling contributions from Rodeo FX, Wylie Co and MPC. Rodeo FX and Weta Workshop worked on concepts for the movie including the worms which had a mouth based on a whale’s baleen.

Wylie Co played a large role in creating the spice-infused blue eyes of certain characters, basing individual looks on the colour of each actor’s eyes. This was after rejecting contact lenses (not ideal in a sandy environment) and even using onions.

“We did a test where we cut up some onions and rubbed them under our eyes to try and get some red going on from the onion which we then tinted blue, but Denis [Villeneuve, director] wasn’t interested in that.”